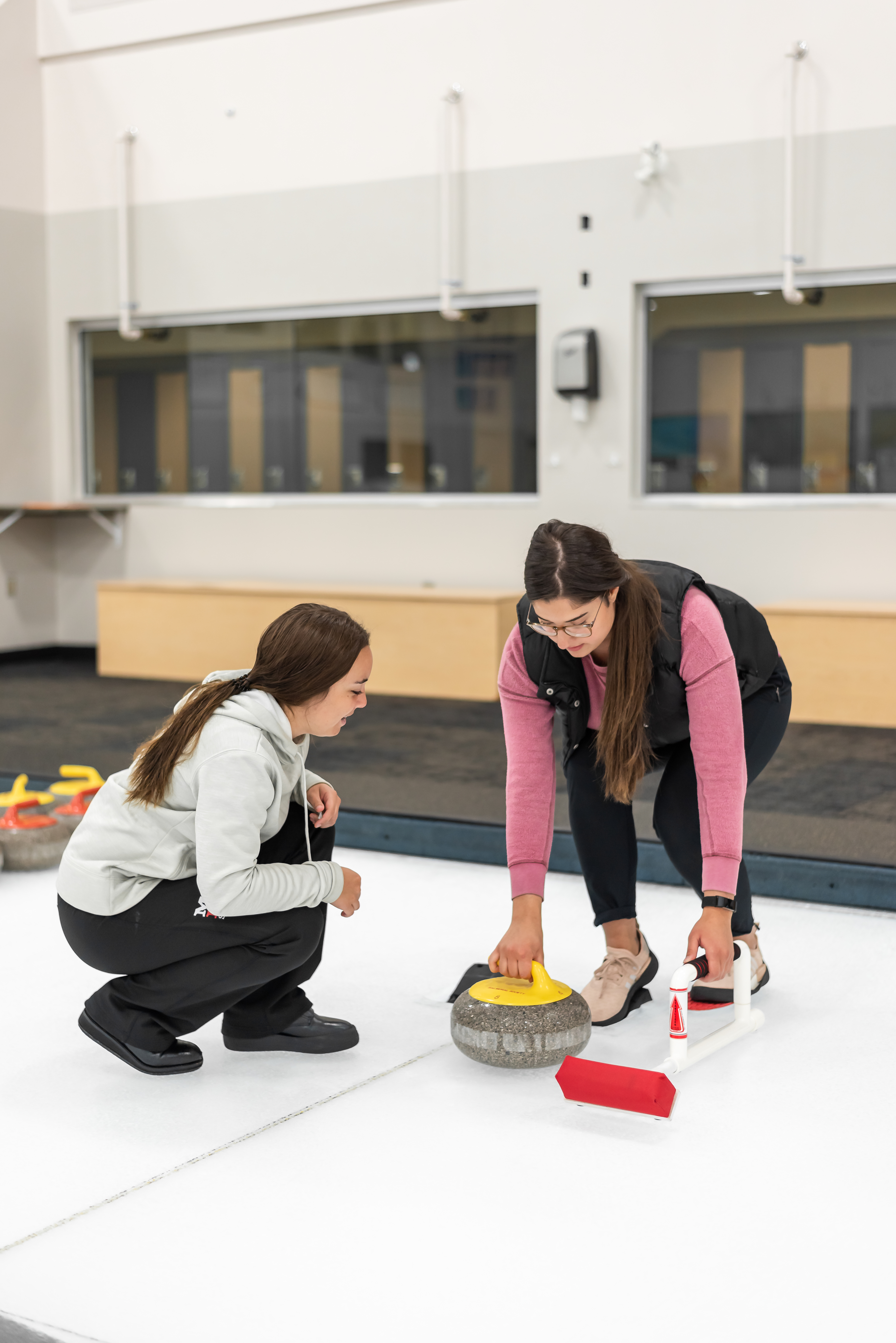 WANT TO Learn to Curl?

Curling is one of the most inclusive sports out there. You can play in a wheelchair, you can play if you’re visually or hearing impaired, you can play if you’re 90, and you can play if you’re five. There’s such a big age range in curling that little kids can use special lighter rocks until they get big enough to push the granite monsters. You also don’t have to be able to run 10 miles without breaking a sweat in order to play—although being physically fit is definitely a benefit. Both throwing and sweeping can get pretty intense. Curling teams can be all men, all women, or mixed.

No crazy pads, no skates, no helmets—just some basic gear and a membership to a curling league or club, and you’ve got yourself a super-fun sport. Chances are, you can play for a lot less than an annual gym membership. Just be warned: you can blow your budget pretty easily buying rounds for the other team after a match.

3. It’s great for your mind

Curling is all about strategy and precision—in fact, its nickname is “chess on ice.” Although you can learn to play in a couple of hours, curlers spend years learning to read the ice, evaluate the other team’s play, and make decisions accordingly. Plus, you’ll get some good practice in focusing and being mindful. As one curler puts it, “Whether it’s on sweeping, or watching a line, or letting your legs remember what the weight feels like as you slide out—you think about one thing. And for a bit, everything else melts away.”

4. Curling is a ridiculously social sport

Good sportsmanship is key in curling—sweepers are expected to call their own infraction when they burn, or touch, a stone, for example. So while there’s definitely rivalry and competition, it’s also expected that curlers will be friendly and courteous, even if they’re losing badly. Also, getting a beer or coffee with the opposing team after the game is pretty much required, so you’re guaranteed to make friends whether you want to or not.

Yes, you can fall on the ice or trip over a stone, and yes, your quadriceps will feel like they’re on fire after your first couple of games (a hot bath will help)—but all things considered, curling’s a lot safer than a lot of other winter sports. You know, the ones that involve blades on your feet or hurtling down mountains at high speeds. Curling requires no safety equipment beyond a designated driver for the drinks afterwards.

Google “Norwegian men’s curling team” and you will see some of the brightest, craziest, wackiest curling pants ever. Team Ulsrud made headlines with their red, white, and blue designs during the 2010 winter Olympics in Vancouver, and returned to the 2014 Olympics in Sochi with an equally eye-catching wardrobe. An unofficial fan page devoted to the team’s pants has almost 500,000 likes, and shows that the team continues its tradition of wacky pants today.

Check out these videos to find out!

Your html here
Tweets by ShPkcurlingclub